Everything about HD, MD, and their mods.

Summary
Bloodgulch now comes with two distinct tundra environments, the first a normal Bloodgulch terrain, and the second an alternate universe. (There are two separate terrains; in the second terrain, X and Y coordinates are inverted, meaning that positive values are negative and negative values are positive. But the two terrains are not entirely equal.)

(You can also use iTeleport by Samuco, setting it up so you warp to the alternate universe.)

Storyline
After being subjected to an electron radiation shower caused by a local gravimetric anomaly in space, Halo's teleportation devices began behaving strangely. After a thorough investigation, UNSC discovered that this anomaly caused Halo's teleporters to function as wormholes to alternate dimensions, or parallel universes. The duration of this effect is unknown, so be careful not to get caught on the wrong side!

Status
I made the bsp already, now I'm waiting for Sapien to finish the lightmaps (that's right, they have to be redone).
- Finished, released in the Mod Release forum.
Last edited by Sparky on Sun Aug 29, 2010 12:46 pm, edited 1 time in total.
Either you are groping for answers, or you are asking God and listening to Jesus.
Top

Erm, wouldn't this be more suitable for release on Halomaps? It's not actually a mod, and you're using windows HEK to make it.

This is so sad!!! >_< mods like these cannot be included in the "mac mods" category! D:

...or can they? Due to the fact that Spaky is using a mac to emulate those tools? o_O


We've got to revise our definition of "Mod"!!

maybe we'd need some kind of teleport in the middle of each gulch that connects to the other!

something... something along the lines of those warp portals in crash bandicoot 3, maybe?

*googles for a picture*
...i haven't been able to find a damn picture of such portals >_< but LOOK! THIS IS A RL BANDICOOT!: 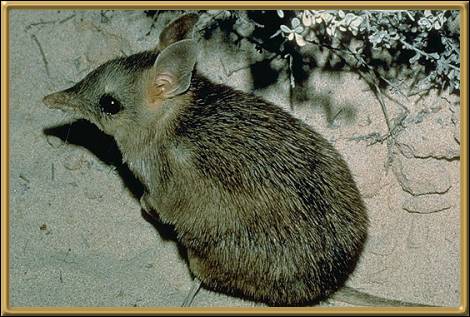 
I made the bsp already.
What application you used to make BSP?

TaxiService wrote:something... something along the lines of those warp portals in crash bandicoot 3, maybe?

And you're right, Moxus. But I converted it to demo using Pearl.

And, um, I don't release CE maps, so I'm not releasing this for CE. (The only thing I'm releasing for all platforms is Galaxy Wars.)

Download link will be posted in a new topic in the Mod Release forum once the file is finished uploading to HDM. Screenshots will be included.

Credit also goes to UnevenElefant and friends who converted the H2 animated trees into HEK tags.
Either you are groping for answers, or you are asking God and listening to Jesus.
Top

YESS!!! O_O think about it! a sphere with a mirrored bloodgulch cubemap over it that is surrounded by lightnings and floats. o_o


maaaaan wouldn't that be cool! also Zanghfei: you probably don't have an heart. \-:

^ My heart is broken CAUSE OF YOU D;

does anyone wantz to host this?

Pics...
Also bandicoots are awesome, they used to dig holes in my back yard, it was cool

Sparky wrote:And you're right, Moxus. But I converted it to demo using Pearl.

But that's no different than simply converting a map in the first place. It's still not a Mac mod.

What I'm trying to get at here is that I'm not sure if it's fair that you're using CE tools to make "mods" when the rest of the community is still using Halo Demo tools. That is, it's an unfair advantage over the work anyone else can do, not to mention it can distort what can and can't be done with current tools to players.

If Zeus gets finished, then this kind of thing will be fine, but until then, I'm not sure.

I agree, and I have been pondering this issue. I started a new topic to discuss this. I am practicing and improving my understanding of the game engine by working with both platforms and discussing my findings with people in the several Halo forums, such as yourself. I guess releasing maps like this are precursors to my Galaxy Wars mod, which is meant to be quite an epic. Working with applications on both platforms means I get to see how they each handle the data and I can learn how to make further improvements, then. I thought using our Mac tools were easier at one point, but certain interfaces could be improved.

I would have already released an Eschaton update, had it not been for RealSoftware's troublesome licensing methods with REAL Studio. I guess an app made with Xcode is my best bet at this point.
Either you are groping for answers, or you are asking God and listening to Jesus.
Top

Sounds cool, I hope there will be a version of the iTeleport on mac 10.4, however.
(monorail cat is NOT obsolete)

It's very amazing. I like the change in ambience.

What are the large walls in the middle of Blood Gulch for?
Top
Post Reply
16 posts